This has been a particularly fun week of gamedev. The current course project has wrapped up (just finished lecture 181), a clone of plants vs zombies, and I get to start on a completely new course project starting tomorrow~ 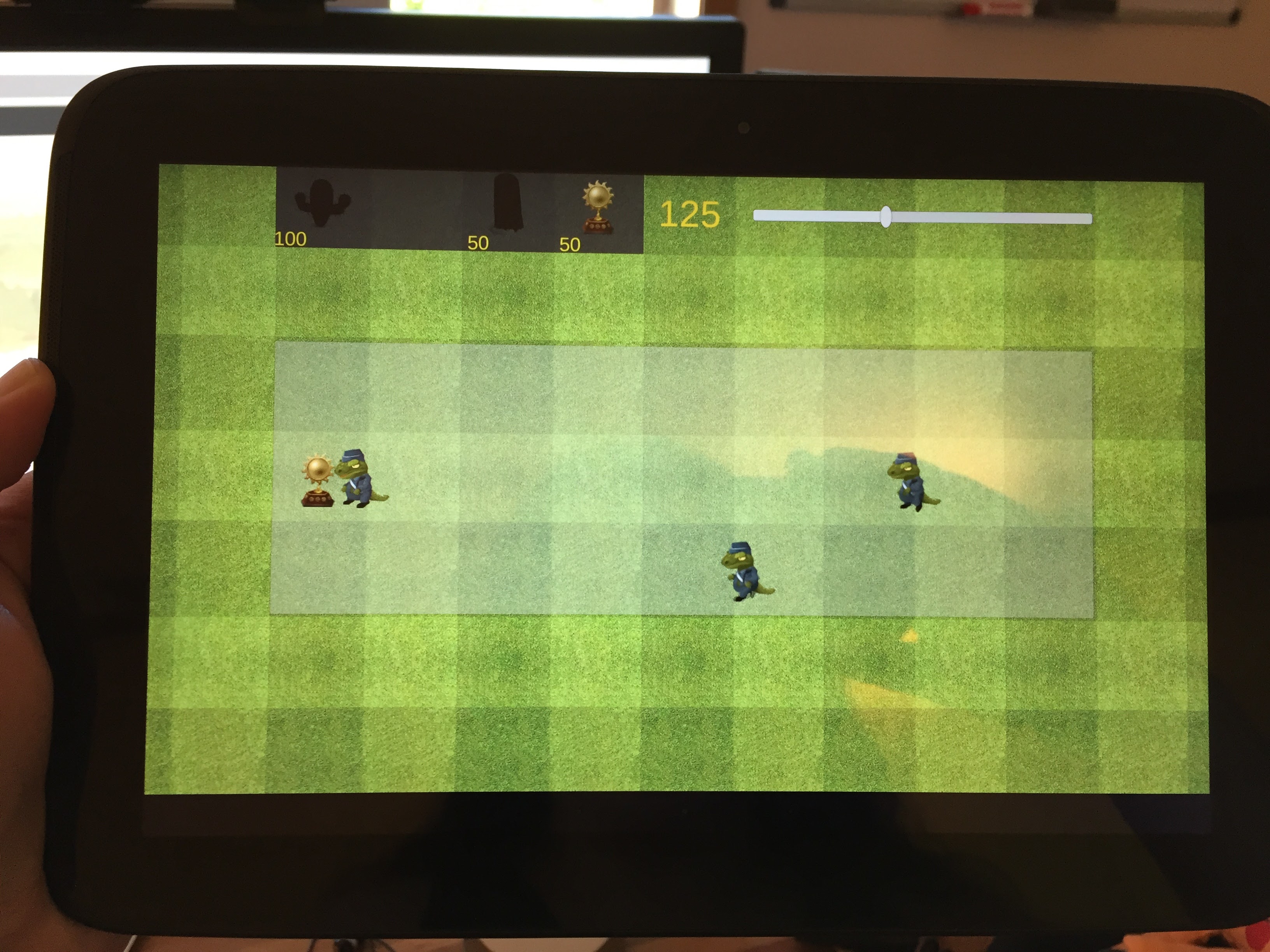 This is the first time in the course we've been asked to export to android and ios, so that was pretty fun. There is just something more "real" about seeing your game play somewhere other than the hardware you built in on. Someday to have something on a console would be a total dream come true.

From here out the course is going to move away from 2D and move on to 3D game development, so starting next week I'll have some completely new territory to move into with Unity. When I did unreal development it was all 3D stuff so it'll be nice to move back into that realm.