This was the first week in a long time where I haven't had a class to work on, and I'm not starting production of Star Cinders until January, which was pretty nice since it meant I was able to play games again in more than superficial amounts of time. Mostly that translated into Heroes of the Storm and World of Warcraft time 🔥🔥🔥
Still despite having a little free time before 2018 I'm sticking to my "do game dev every single day" goal regardless and so you can read more about that below.

The first thing I want to share is this great pixel art guide I was recommended (can't remember who recommended though ><) : So You Want To Be A Pixel Artist?
I really recommend reading through the whole thing as there are some really great tips not only for beginners but for people who have been doing pixel art awhile and want to learn more from the snes/genesis era pixel artists.

One thing I was interested in investigating was how much Unity has changed over time, so I decided to try out this tutorial from 2013 that uses Unity 4.3. The 2D feature set in Unity is pretty cool, but it's been built up over time and only recently has received built in tilemap support. Unity 4.3 is when Unity started getting serious about also supporting 2D games. The great thing to discover is that this tutorial is still pretty relevant in 2017 and the lessons are still applicable. Try it out if you're looking for something pretty basic that you can blow away in 1.5 to 2 hours.

Next I decided to check out this 2D Roguelike Tutorial as I plan to check out the new 2017.2 tileset system next week and wanted to have a direct comparison from an official source. In this case each tile ends up being it's own sprite pre-fab instance that has to have it's location set manually or via script. Looking forward to being able just paint them on in the new system. I uploaded what you get as a result of the tutorial here if you want to see the results. 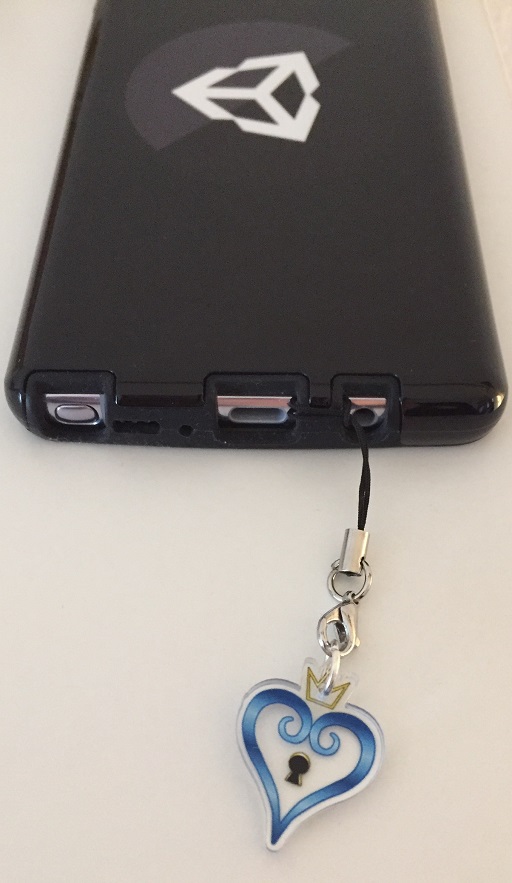 I've always found phone charms to be a fun concept and a way to add a bit of your own flair to what is otherwise identical to every other phone. It feels like when we made the move to smartphones people started to drop the idea of unique looking phones and just settled for the flat slab look. Phone cases still provide a little customization though for the most part no one opts for it. I decide though that WE'RE BRINGING THE CHARM LOOK BACK! It attaches a +5 style point bonus to your character if you equip one.

That's all for this week, next week I plan to hit up some resources for 2017.2 tile maps, cinemachine, timeline, Spine 2D from Esoteric Software, and of course some other non-gamedev fun stuff at the end like this time.