With the start of 2018 and with my tour of courses over this week was the first dedicated to my game project Star Cinders. One thing stressed just about everywhere is the need for a game design document, as such this week was fully dedicated to document writing. What I didn't realize was that this wasn't a one week task at the level of detail I wanted, so the screenshots in this post won't be the usual Unity editor gifs but rather the exciting world of Google Docs 😂

Before that though I did want to leave a great resource I found this week that should be quick easy ways to get more performance out of your game. https://create.unity3d.com/Unity-UI-optimization-tips 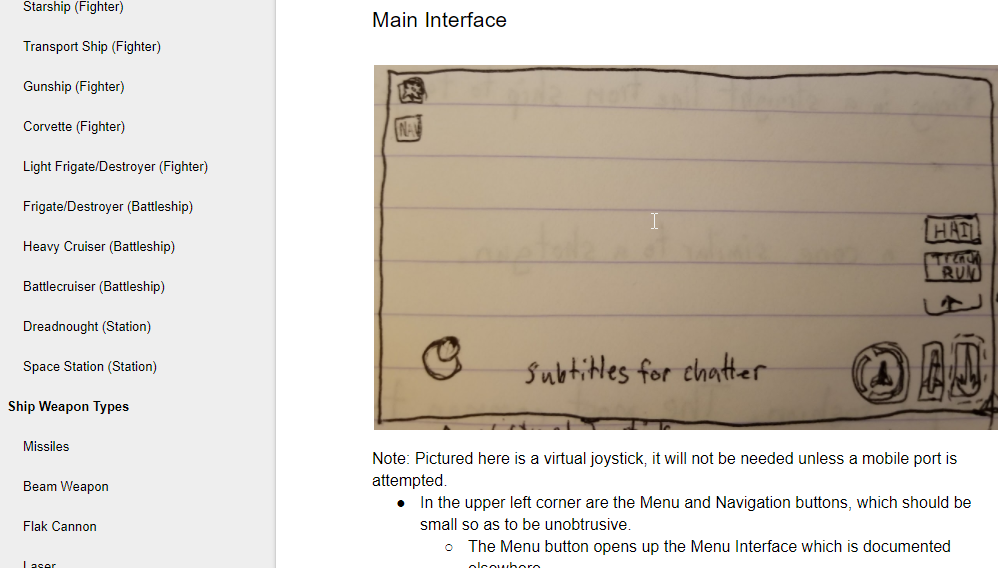 As of now the GDD is at 39 pages and I've documented what I believe are every "screen" the player will need to interact with during a full game as well as the general systems at a high level. What I haven't gotten to much yet are characters, setting, and story. I'm hoping that with a second week dedicated to GDD writing I can get something satisfactory enough to be able to start coding in week three. I'm not a writer of stories, the stories that I have in my head are all very high level and unwritten, so this is one of the greater challenges yet. Imagining something is easy, making something is hard. Right now I'm compiling charts of historically important Sci-Fi genre characters and trying to distill their essences into something that will hopefully allow the player to live out the 90's era Sci-Fi show that this is meant to portray. 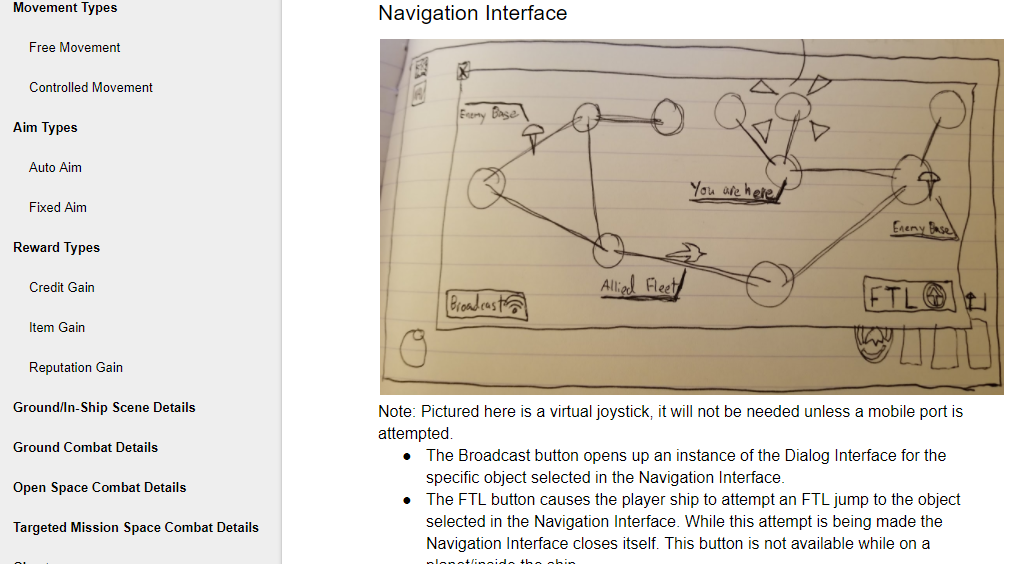 One great advantage to doing a GDD is forcing yourself to really work through your problems on paper, it reveals some of the issues in your design that you would have found out in actual implementation. A quick sketch, some re-working of the text, and the system is fixed; much faster than re-coding things. Another advantage is you have clear goals written down so that once you start developing you already know to some extent what you need to work towards. Just make sure while writing a design for each "thing/screen/system" to also consider "how does that work" and suddenly you may realize you have one more screen to draw/design/describe or drop.

Alright, back to writing, see you next time dear reader 💜 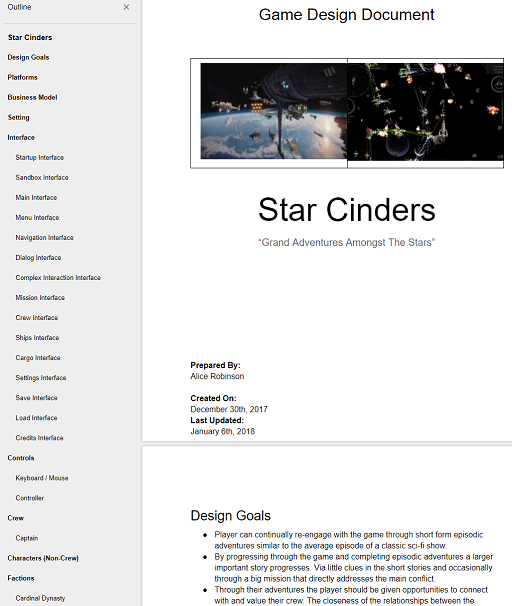