This week I kept at working on the GDD for Star Cinders. It's currently about 53 pages and still a bit rough but I'm going to give it a bit of a break in the coming week and start work on implementation. I've also started reading a book called Mechanical Failure which you can check out on Amazon. It's a sort of Sci-Fi comedy about a con artist military deserter who is forced to rejoin only to discover that the droids are in charge now, regulations have gotten out of control, and worst of all the military might actually start getting involved in war. I'm about a quarter through now and if you're looking for something a bit different I think this might be worth checking out. 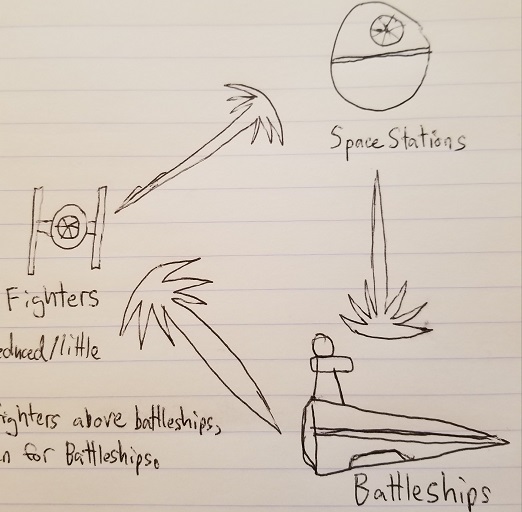 The way I am designing the system all the various types of ships will end up falling into one of three classifications as far as the game is concerned; fighters, battleships, and stations (which also includes things not strictly stations such as massive dreadnoughts). A rock paper scissors style relationship exists between the three classifications in order to encourage diversity in fleet composition. 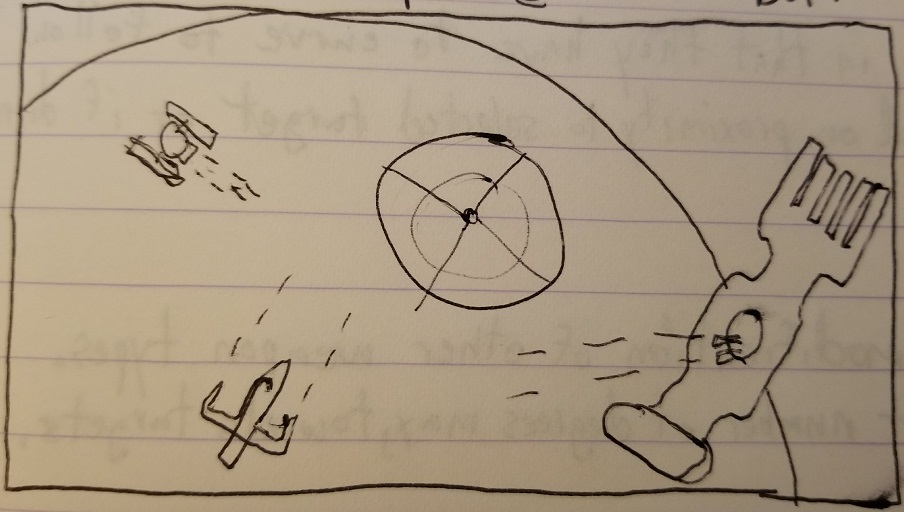 Form one of flight is what I've been calling "Open Space Combat", in this form of play you may fly in any direction and use any ship. Depending on which of the three classifications of ship you are using you will be rendered on one of three layers with stations being the lowest render layer and fighters being the highest. You may also engage make FTL jumps in order to move to another system or to escape battle. If you're playing as a fighter type and a station type is present you may choose to initiate an attack run against it, transitioning you into the other form of flight. 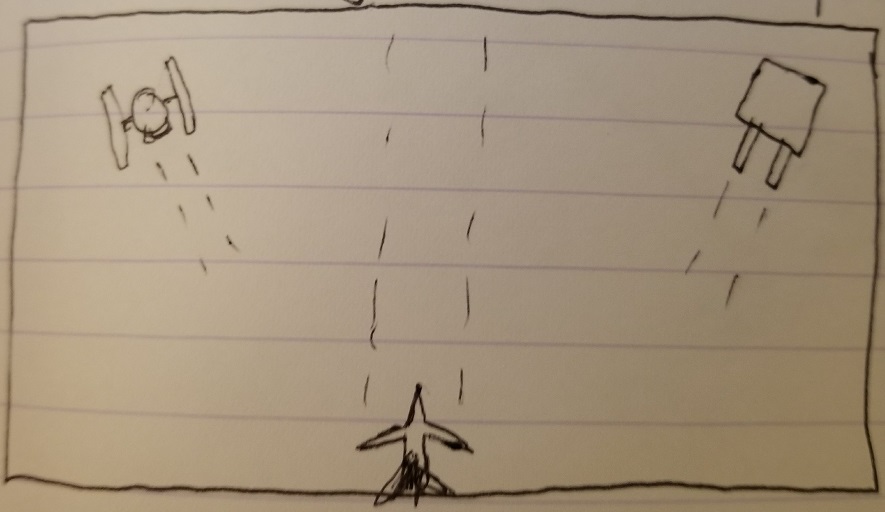 Form two of flight is what I've been calling "Targeted Mission Space Combat". This mode is similar to games like Gradius where the camera follows a path instead of the player. The screen continuously scrolls forward and the player is not able to leave the screen's view. Waves of enemies will appear as well as a boss and a critical target at the end of the track, provided the player can defeat the boss and shoot the critical target they will win this game mode and be transitioned back into Open Space Combat having destroyed the station.

That's it for this week, now to take a break from the GDD and get to some coding. 🌟🚀💫