This week was the first week I couldn't accurately estimate my work, I believed that working on a navigation interface would take two/three evenings max. It turned out it took the whole week. (thanks a lot linerenderer)

I started out with adding com chatter text that plays at various events such as shield and hull breakage.

Next up was adding an interface which could be used to access all the other critical interfaces such as save/load/settings/etc. 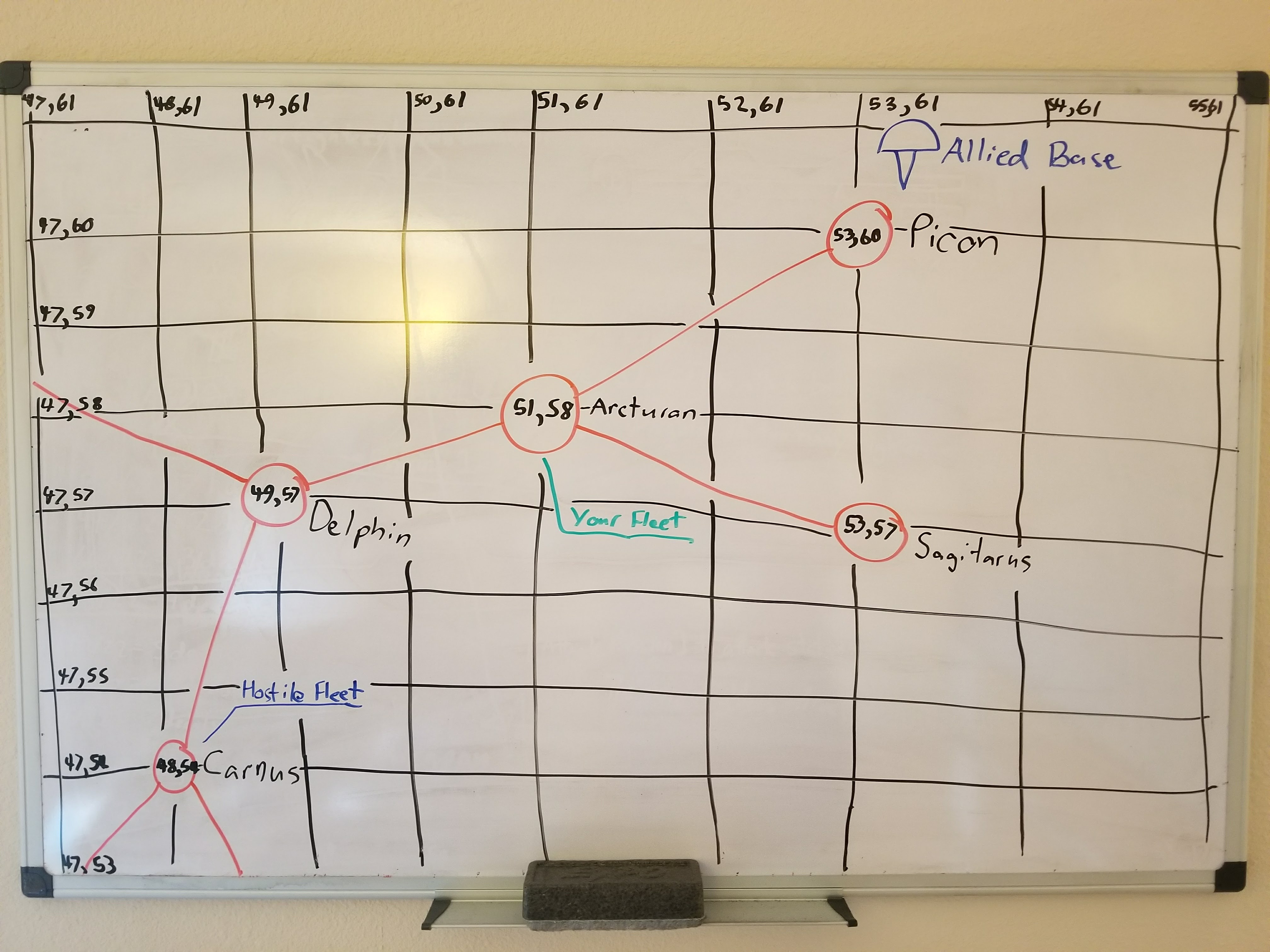 One critical feature I needed to make for the game was a navigation menu which could be used to show FTL routes, planetary information, and space station locations.

I also knew I wanted to make sure that I only rendered a subset of the celestial objects that were relavent to the current view. So I created a system where the map was not a static image but a data set of spatial coordinates and other such data. Then it was a matter of setting up drawing functions to draw things cleanly based on zoom levels. One problem I encountered here is that the line renderer component is not able to be used properly for screen space cameras and in the UI layer. It wants to exist as an actual item in the word as opposed to a UI item, making it difficult to render properly and consistently over the UI. So I eventually used an Image component and scaled and rotated in such a way that it would look like a line between two points.