Salutations dear readers~! We're back again with the project to get the 3d version of Star Cinders up to where the 2d version was and then forge ahead 🐱📣 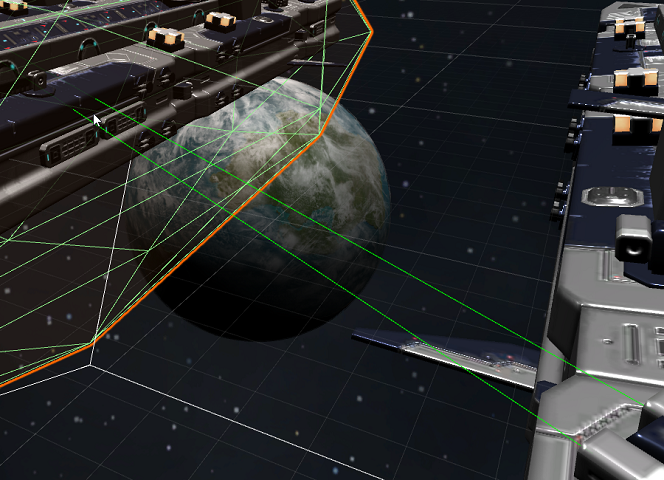 I estimated I'd need about three weeks to get this conversion done, with this counting at the first and I'd say we're on track so far. As of right now you can fly the ships around, fire their weapons, and their defensive systems (shields/hull) react appropriately. There's even a new weapon type, the beam cannon! The only "defensive system" that's not implemented yet is where after taking certain amounts of damage hull breaches would break out along your hull so I'll have to hit that one up too.

As seen above the shield impacts now take place on a shape around the ship and it's not just the hull glowing blue/rippling. I actually had to go through a number of sources online on doing this sort of effect, a lot of them went a bit farther than I wanted to go such as having a full bubble around the ship at all times and doing post-process distortion effects. Pretty happy with how it turned out 🙋

Finally I added some explosions whenever a weapon hits the hull (once the shield are down). This was to make the impacts feel chunkier and more impactful. 🚀

In the coming week I want to switch gears for a bit and work on re-implementing the UI including the camera zoom in/out, target selection via click/tap, and target switching via tab/d-pad right/d-pad left.